My co-worker at CF Webtools, Wil Genovese, and myself were fortunate to attend the Adobe ColdFusion 2017 Summit this year.

The primary focus of the event was on “Aether”, the next version of ColdFusion, which will be known as “ColdFusion 2018”. The primary topic surrounding Aether was the API Manager, Containerization (Docker), security by default and a new “Application Performance Monitoring Suite”. 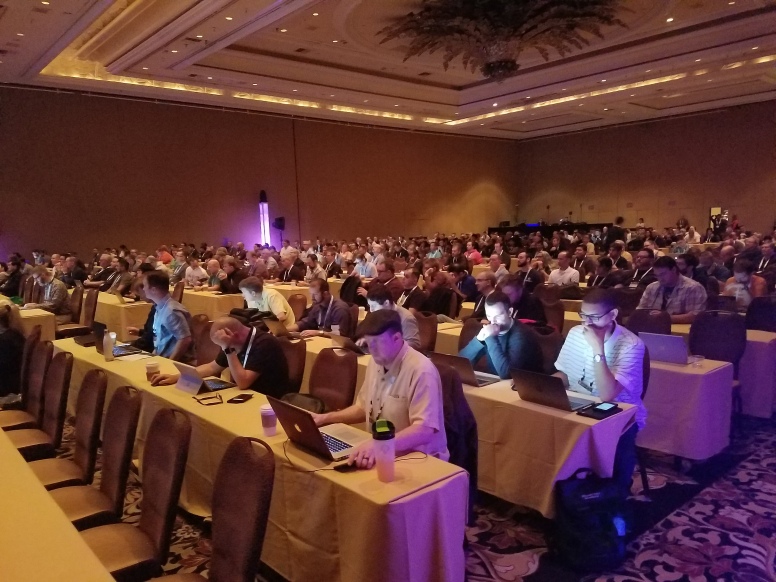 I would have to say that the most impressive take-away from this event was the “Application Performance Monitoring Suite” or APM. The current “ColdFusion Server Monitor” has been antiquated for years, causes crashes if you turn on memory profiling and has been rumored to be depreciated in ColdFusion 2016. Our “go-to” product has been the commercial 3rd party “Fusion Reactor” when needed.

This new monitor is an independent service from ColdFusion that can be installed locally or remotely. Adobe’s preference is that you install this on a different instance than your ColdFusion so that you can monitor multiple servers at once and provide a separation of services. The current monitor integrates tightly with the ColdFusion JVM and heap. Additionally, you can now traverse into your running code to see exactly what might be causing an issue.

What’s more is that this new monitor suite will automatically tune your connectors. As of ColdFusion 10, 11, and 2016 you would need to manually tune your connectors if your site metrics needed something larger than the default. If you didn’t get it right or traffic changed considerably, your visitors would end up with a “Service Unavailable” or “Server too busy” error. This service will now monitor key metrics, auto-tune and avoid that from happening.

I’ve heard some grumbling that Adobe should focus on other areas or that you should just use Fusion Reactor. But I have to disagree. Basic metrics is a must-have for any system administrator. Without it, you’re largely taking a shot in the dark. While I recommend Fusion Reactor to anyone, you shouldn’t need to purchase a 3rd party product to support basic functionality and troubleshoot ColdFusion. Fusion Reactor should only be there for more advanced foot-work, such as high performance tuning and automating server troubleshooting.

The “API Manager” is a new feature of ColdFusion 2016. Adobe is still promoting it strongly. I think I had 3 personal phone calls from Adobe over the past year try to get me to buy into it. It’s a stand-alone product and only comes with the Enterprise Edition license of ColdFusion.

They put some enhancements into it, primarily “Swagger“. Swagger a popular framework of API developer tools for the OpenAPI Specification(OAS), enabling development across the entire API lifecycle, from design and documentation, to test and deployment. I still have to learn this, but it looks like it takes API development and consumption from a “try and see” approach to a “hey this is what I can do” approach.

As an Amazon Web Services (AWS) partner, I would likely have gone straight for the Amazon API Gateway if your website was on AWS infrastructure. However after some comments made by other presenters, I need to go back and compare services. I am told that the API Manager has quite the advantage.

This topic was a little hard to follow. I’ve been aware of Docker for a few years now, but have never seen a good use case to dive in and use it. Adobe, along with other speakers, have promoted using containers going forward. From their perspective it’s easier and more reliable to work it into your SDLC.

Adobe is working towards an official docker image for both ColdFusion and the API Manager, that are “100% customizable”.

ColdFusion 2016 brought us a more secure admin by default. It no longer made the CF Admin available within sites in your webserver, which has been a sore security point for a number of years. Now Aether brings an automated lock down. Currently, the average person following the lockdown guide for the first time takes over 7 hours. Now, when you install ColdFusion, you can check a box (which will likely bring up some additional wizard prompts) and much of the lockdown guide will be implemented. Don’t focus on “much” because some of the guide is overkill that we’ve actually have never implemented on our servers.

Keep in mind that this automated lockdown, which is sorely needed, still requires additional server security work. It’s not entirely a magic button.

The “ColdFusion Portal” was officially launched. Adobe sees this as a “one-stop-shop” for community forums, blogs and resources. Each time you contribute, you gain a point, which can be exchanges for benefits such as a ColdFusion Builder license.

Asynchronous and improved OOP has been added to Aether. You’ll see abstract components, final variable, method and components, support for co-variance. Additionally you’ll find multi-threading to be much more suitable in cfscript as opposed to the current thread method. It even returns a promise!

It’s been awhile since CFFiddle was introduced as a preview. I can’t remember if it’s been one, two or more years since it was supposed to be released “soon”. Actually I mostly forgot about it. But it should be a nice environment for collaboratively troubleshoot ColdFusion code on.

Some links that were pointed out are: 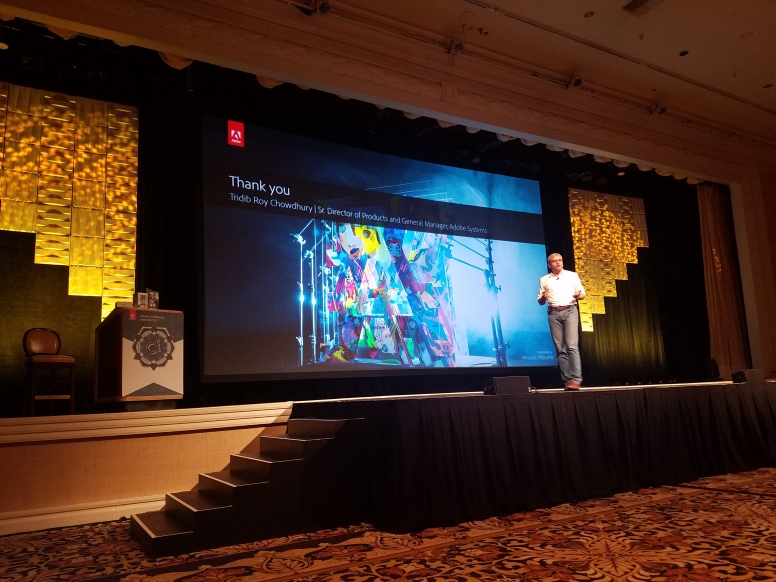 The summit was hosted at the Mirage hotel in Vegas. The hotel was quite nice, outside the mold and mildew infused caulk in the bathtub (come on Mirage, my $135/night fee should have covered some bleach). Being on the strip, it saved on potential transportation expenses that add up quickly if you want to explore what the strip has to offer. Next year it will be at the Hard Rock Hotel which is off-strip. I stayed there less than a year ago and those travel expenses added up. Although I wonder if different places might be better, Vegas does provide ample accommodations, transportation and venue support to bring everything together smoothly. You just have to try and not donate too much money to the slots!

I only went to the main conference for two days and not the pre-conference. But they had awesome complimentary breakfast and lunch. Thank you to the food sponsors! Thursday night they had a complimentary drink and food hangout at one of the inside bars. Drinks were okay and food not that great – but I’m not complaining. Got to hang out with a few people for a bit. The organizer was even kind enough to turn down the music a bit so we could talk.

Each event room had plenty of sitting room behind long tables to use your laptops on. Only the first couple of rows in most of the rooms had power though. I suggest improving that. Each room had two large screens and the audio systems were bar none.

The WiFi was probably as well as could be expected inside the confines of WiFi limitations. One vendor noticed that WiFi was awesome right until the general session let out. Then you saw everyone checking their phones and the WiFi connection pretty much just stopped working.

Overall there were more than 400 attendees. I did hear that they had something like 550 registered, but after the shooting a few months back at a concert venue, many cancelled.

I had full access to Adobe engineers and event sponsors who had booths. I’ll cover that in a later post.

I learned a lot. It got me away from the daily “grind”. And I got to network with some people that I wouldn’t have got the chance to otherwise. I’ll be inclined to go back in following years. It even helped that I won an Apple TV from Mura CMS.